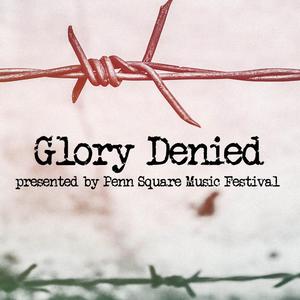 This free event will be presented on Thursday, October 31, from 11:00 a.m. – 12:15 p.m. in Old Main Gym. All are welcome.
Glory Denied is the acclaimed opera by Tom Cipullo based on the book by Tom Philpott which tells the true story of America’s longest-held prisoner of war. With over 20 productions, the piece is one of the most frequently performed operas of the 21st-century.
“It is the true story of an American family torn apart during the unsettling era of the unpopular Vietnam War. Cipullo’s masterfully taut adaption of Tom Philpott’s book of the same name, makes a cogent impression…with a score that is by turns chaotic, angular, melodic, harmonious, and even at times, serene.... a thrillingly varied score, mesmerizing libretto,...” said James Sohre, of Opera Today on November 23, 2018.
Mr. Scott Drackley, former LCHS teacher and current artistic director of Penn Square, will bring four professional opera singers in collaboration with the English Department to enrich the seniors’ study of the Vietnam War Era. Two weeks after standing before the Vietnam Wall on their field trip, students will hear lyrics and music echoing the pain and turmoil of the 1960s-1970s.
Students prepared by reading excerpts from Jim Thompson’s biography and will hear songs from the opera as well as engage in a Q&A with Drackley and the singers about their training and preparation. It is an incredible opportunity to fuse history, music, and psychology as all three converge in this remarkable tale. The story has been fittingly labeled an American epic.
Print