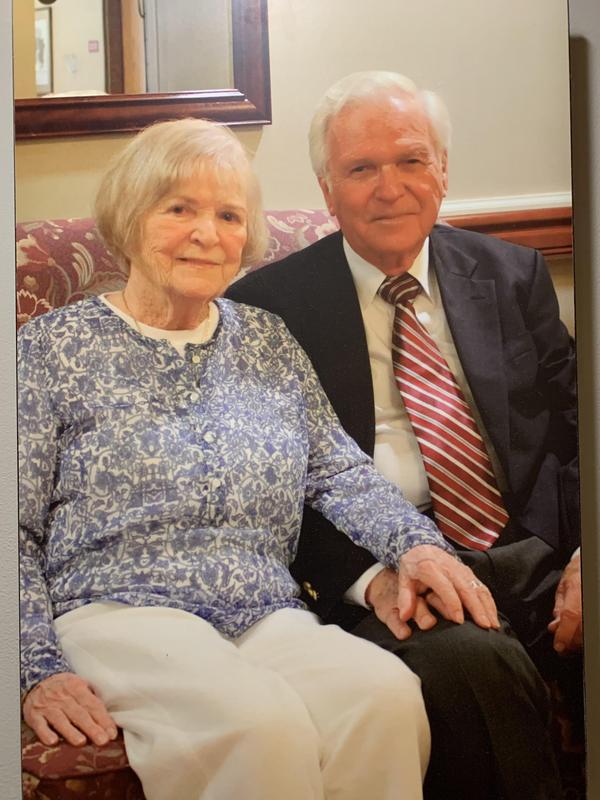 Meet Dr. Bob '50 and Anna Roschel
Dr. Bob ’50 and Anna Roschel believe fiercely in the students, teachers, Alumni and, most poignantly, in the mission of Lancaster Catholic High School.
As a student, Dr. Roschel was very involved at Catholic High. During his senior year, he was a soloist in the Glee Club, starred as one of the leads in the Senior Play, and served as an editor for both the Rambler and Rosmarian.
Dr. Roschel graduated from Franklin & Marshall College in 1954 with a degree in biology and went on to earn his Doctorate of Medicine in dermatology from the University of Pennsylvania. He proudly served in the U.S. Air Force for two years as a Flight Surgeon. Upon his return to Lancaster, Dr. Roschel began his career as one of the area’s foremost Dermatologists.
In 1964, he took over a small medical practice on North Lime Street. In 1970, Dr. Roschel founded Dermatology Physicians Inc., and fifty years later his expanded practice is thriving more than ever.
Every Friday during the fall, Dr. Roschel is proudly cheering on his beloved Crusaders Football team at Crusader Stadium. He and Mrs. Roschel also enjoy experiencing many of LCHS’ Fine & Performing Arts performances.
The Roschels donation to the Cherish Love Honor Campaign is the largest gift in our school’s illustrious history!
“It is a great pleasure to be able to give something back to the wonderful school that has contributed so much to my success.
The physical improvements to Lancaster Catholic High School will significantly help in assuring our beloved school’s continued success well into the future. I hope you will join me in investing in Catholic High so that we can collectively meet these incredibly important goals. Thank you!”
Print