An Army/Navy Rivalry With A Catholic Twist 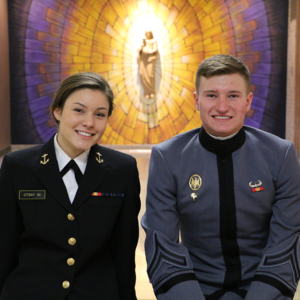 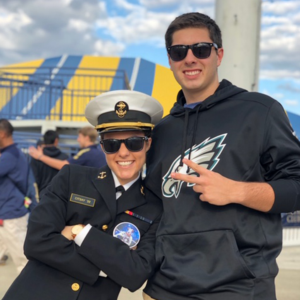 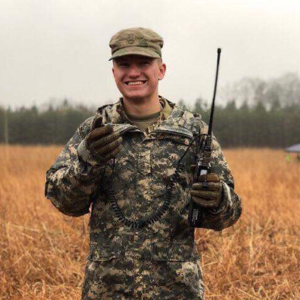 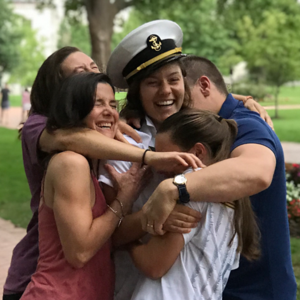 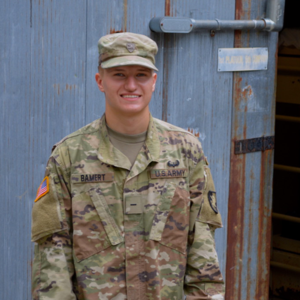 Lancaster Catholic prepared a pair of recent alums for their new lives at military academies.

From the welcoming atmosphere to the academic rigor, everything about Lancaster Catholic High School prepared a pair of recent graduates for their new lives at military academies. Noah Bamert ’17, who's in his second year in the Army, and Hannah Citsay ’18, in her first year in the Navy, reflected on their time at Catholic High and the most recent Army/Navy game they attended in December.

“Lancaster Catholic set me up so well academically,” Hannah explained. “I was actually able to test out of a few classes this year, which will set up opportunities for me later at Navy.”

Hannah’s day begins at 0530 for morning workouts before chow calls and breakfast. Her academic schedule consists of six classes, falling between 0800 and 1200 and 1300 and 1500, with lunch sandwiched in between. She joined the sailing team, so that practice lasts until 1830, and she finishes her night with homework before lights out at 2300.

“You’re responsible for managing your own time, as I’m sure it is at any college,” she detailed. “You really have to stay organized to get stuff done, and there’s more stuff than you can imagine.”

She was able to meet up for a brief moment with her old Crusader pal Noah in Philadelphia at the Army/Navy Game. Army won its third in a row in front of both academies after losing 14 in a row from 2002-15. It is required at all cadets and midshipmen to attend the game, and the pageantry of the event is unrivaled.

“The Army/Navy Game was a unique experience that has no equal in my life. The positive energy from two teams that are heated rivals was overshadowed by an obvious mutual respect for each other,” Art Bamert, Interim Director of Campus Ministry, said. “They walked off at the end of the game, sang the two alma maters and left as one team united in their willingness to serve this country and protect our freedoms.”

Art’s son, Noah, is in his second year at West Point, and he also credits Catholic High for helping mold him into the cadet that he is today.

“Each class is challenging (at Army), and the academic rigor that we had at Catholic really prepared me,” Noah admitted. “The amount of work that we have now is at times overwhelming, but I fall back on what I learned in high school so much.”

Both students worked with the counseling department throughout their individual application processes for the military academies. And while they went to different academies, they both used the same word when describing the lengthy procedure that includes multiple interviews and applications; and that was “genuine”.

“You have to be genuine during the interview process,” Noah said. “They can see right through you if you aren’t.”

They also both realize that they are a part of a bigger organization, and realizing their role in that is special.

“You’re only going to go as far as your ability to help the people to the right and left of you,” Hannah detailed. “I definitely learned about how to be a leader at Catholic High, but when you’re all put together in the high-pressure situations, it’s about getting through it all together, as opposed to how well you can do. So you really learn to figure out how people work and how you can all accomplish something together.”
Print